Stem cells can rejuvenate the ovaries 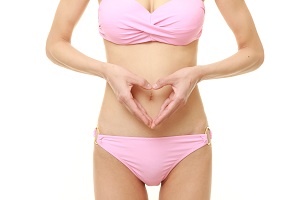 Researchers at the University of Illinois at Chicago have rejuvenated the ovaries of two women with early menopause. For this purpose, they used stem cells injected directly into the ovaries. Within six months, women began to menstruate and could return fertile. Given the success of this first test, the next step will be to extend treatment to 33 other women.

The researchers used autologous mesenchymal stem cells, obtained from the patient's bone marrow. They injected them into a single ovary, so that they could take note of the differences with each other. After transplantation, they performed blood tests, ultrasounds and safety studies on the two women. Everything you need to keep under control the symptoms of menopause and the state of health of the patients.

Study coordinator Ayman Al-Hendy reported increased estrogen levels three months after transplantation. Furthermore, the treated ovaries have grown in size compared to those of control. Neither of the women showed complications or side effects. According to the researchers, it is possible that women return fertile and are able to conceive.

Al-Hendy's study is not the first to treat early menopause using stem cells. However, it was the first time that the researchers injected the stem cells directly into the ovaries. In fact, in a test by the Ivi Clinic in Valencia, the researchers had injected them through the ovarian artery.
If the study were successful, it would give new hope to many women affected by early menopause. It could also help those who incur in this condition due to a tumor.