Running during pregnancy is safe and healthy 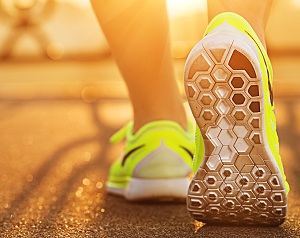 Future mothers may have been quiet: running during pregnancy is safe and healthy. This is stated by a study led by Professor Andrew Shennan of King's College London.

Women who run during pregnancy do not risk giving birth before or their children are likely to be born underweight. On the contrary, the study showed that running has no negative effect on healthy women and fetuses. It is therefore confirmed: it is possible to continue running during all three quarters, except for pregnancies at risk.

A previous study found a link between high-intensity running and problems with the cervix. According to this work, running too much would be dangerous for the child. Professor Shennan denied it: the offending study focused on professional athletes. Instead, he examined the effects of the race as practiced by the average population.

In commenting on his study, the professor encouraged future mothers to continue exercising. Not only would it not be dangerous, it would also be healthy for both them and the fetuses. The important thing is to consult with your gynecologist and adapt the exercises to the new conditions of the body.

Professor Shennan's study confirms the importance of physical exercise during pregnancy. Women who do 30 minutes of moderate exercise each day gain less weight and experience less complications. Those who do not exercise, on the other hand, tend to earn an average of 2.3 kg more.Source: deccanchronicle.com