Doubts about the prenatal effects of a drug against epilepsy 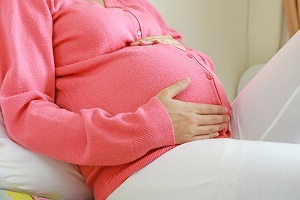 The European Commission is considering a partial ban on valproate sodium during pregnancy. The drug against epilepsy would in fact cause serious risks to the fetus. For this reason, BMJ researchers are discussing the relationship between risks and benefits of treatment.

Sodium valproate has been shown to be effective against epilepsy, bipolar disorder and migraine. In some cases of epilepsy, it is even the only viable option. Unfortunately, it seems that prenatal exposure to the drug greatly increases the risk of malformations.

According to the data, the drug increases by 10% the risk of physical abnormalities and by 30-40% the risk of mental problems. Possible effects include autism spectrum disorders and behavioral deficits. In the United Kingdom alone, children suffering from sodium valproate were 20,000 from the 1970s. On the other hand, the ban of the drug during pregnancy is not an easy choice.

The European Medicines Agency has recommended the use of the drug in pregnancy only in the absence of other therapies. Furthermore, he decreed that it should not be prescribed to women of child-bearing age who do not use contraceptive methods. Unfortunately, not all women suffering from epilepsy know the risks of sodium valproate and not all have alternatives.

Neurologists Heather Angus-Leppan and Rebecca Liu recommend the use of the drug during pregnancy. At least in some cases. According to the two, in fact, an epileptic seizure is a big risk for both the woman and the fetus. If there were no alternative therapies, then it would still be better to deal with the disease. Rather, the real danger would be to continue the therapy without being followed by a specialist.