Does caffeine in pregnancy increase the risk of being overweight? 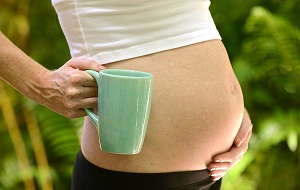 A study by the Norwegian Institute of Public Health shows a link between caffeine in pregnancy and overweight in the offspring. According to the lead author, Eleni Papadopoulou, the expectant mothers should eliminate the substance completely from the diet.

The researchers analyzed data from 50,943 mothers with their children, collected between 2002 and 2008. All women have completed a questionnaire dedicated to their eating habits. After giving birth, scientists compared the daily amount of caffeine in pregnancy and the weight of the child.

Prenatal exposure of caffeine was associated with a high risk of overweight in the child. The more coffee the mother had drunk during pregnancy, the greater the risk. The body takes a long time to dispose of caffeine, which then has time to cross the placenta. According to the study, however, there may also be other reasons.

The connection between caffeine and the weight of the child could only be indirect. Women who consume more caffeine tend to be more adult, overweight and often even smokers. All of these factors could affect the health of the fetus far more than caffeine. In any case, it is good to cut all foods containing the substance, at least during gestation. These include coffee, tea and chocolate.