Depression in pregnancy has increased by 51% 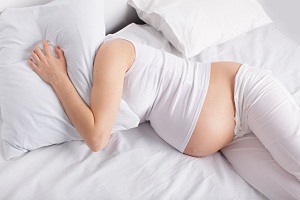 The cases of anxiety and depression in pregnancy have increased by 51% in a depression. This is the proof of a study by the University of Bristol. The researchers looked at the questionnaires of two generations of pregnant women, comparing the levels of pressure over the last 20 years. From what has emerged, there has been a sharp increase in the problem.

The study authors involved 2,390 pregnant women in the 1990s and 180 women born in those years. Among the latter the symptoms related to anxiety and depression were 51% more common. Today 25% of mothers under 24 years suffer from depression, compared to 17% in the 90s. Furthermore, the daughters of depressed mothers showed 3 times the risk of suffering from the same problem.

It is the first time researchers compare mental health in two generations of pregnancy. It was possible thanks to the data collected in the 90s and concerning the topic. It also allowed to analyze the differences in symptoms between generations of mothers. The future mothers of the 90s felt down and apathetic, while those of today are much more stressed. The next step will be to understand the reason for this increase and how to deal with it.

The study is important both for the health of future mothers and for those of children. The depression in pregnancy has indeed an important impact on fetal development and on the health of the child. Understanding how best to deal with it and keeping an eye on those most at risk would be a big step forward.