Aspirin in the first quarter against pre-eclampsia 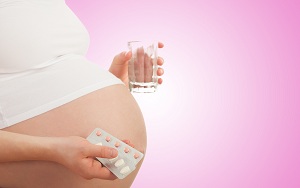 In Ireland, the current strategy against pre-eclampsia provides a screening for the appearance of the first symptoms. However, the approach may not be the most effective for mother and child health. A possible alternative could come from a research by University College Dublin (UCD). According to the researchers, 75 mg of aspirin a day during the first trimester would reduce the risk of preeclampsia in an important way.

The study is based on research done in the past, which had already tried this effect of aspirin. However, it is the first time that the effectiveness of this preventive therapy in low-risk women is analyzed. The next step will involve a much larger number of women, so as to prove their safety. If all goes well, taking a minimum dose of aspirin in the first trimester could become a standard form of prevention.

Preeclampsia affects 1 first pregnancy in 10. Often the first warning signs go unnoticed, causing serious problems for mom and child. The woman can incur damage to the liver, kidneys, brain and heart. Many also develop abnormalities at the metabolic level. 25% of children are born prematurely and younger than average.
Preeclampsia usually occurs in the second half of pregnancy, around the 20th week. The only treatment available is to induce delivery as soon as possible. According to the Dublin researchers, a minimum dose of aspirin from the 11th to the 36th week of gestation would be the solution.

The study involved 546 pregnant women, which doctors encouraged to take aspirin every day. 90% of them accepted. Future mothers have complained of a slight increase in vaginal bleeding, which does not seem to have influenced the successful outcome of pregnancy. On the other hand, the researchers noted a decrease in preeclampsia cases.