Does endometriosis surgery reduce the effectiveness of IVF? 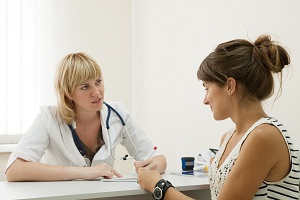 In vitro fertilization (IVF) is less effective in women undergoing ovarian endometriosis surgery. In fact, they respond worse to ovarian hyperstimulation necessary for treatments against infertility. Nevertheless, the live birth rate compared to pregnancies remains average. This is what a study published in the journal PLOS One states.

Infertility is one of the consequences of endometriosis, prompting many women to resort to assisted fertilization. According to the study, ovarian endometriosis would have a negative impact on treatments. Endometriotic cysts, even when benign, obstruct the stimulation of the ovaries. It remains unclear how this occurs.

The researchers involved 201 infertile women with ovarian endometriosis. In 108 of them, the disease had touched only one of the two ovaries. In addition, they included 402 healthy women who were undergoing assisted reproduction as a control group. To get more accurate data, scientists took into account factors such as age and anti-mullerian hormone levels.

According to the data, women with endometriosis showed a worse response to hormonal stimulation. 30.8% of the first group failed the first treatment cycle, against 22.3% of the second group. A more in-depth analysis showed that women who had operated against endometriosis had even worse results.

Ovarian endometriosis limits the number of oocytes. The surgery would seem to make the situation even worse. The authors of the study therefore recommend to conserve some oocytes before surgery.