Does the arcuate uterus increase the risk of spontaneous abortion? 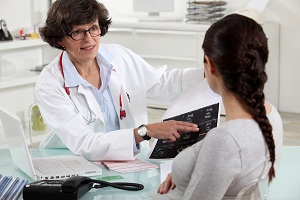 The embryonic development of the uterus involves the fusion of the two Mullerian ducts. The fabric between the two is reabsorbed, so as to obtain a single organ. Sometimes, tissue melting or reabsorption is not successful. In these cases, a series of congenital anomalies develop, including the arcuate uterus. How does this affect the chances of carrying out a pregnancy?

Uterine abnormalities can have negative consequences on gestation. A recent analysis focused on the arcuate uterus in relation to in vitro fertilization techniques. The researchers analyzed the success rates of fertilization techniques in women with this anomaly. To this end, they evaluated the uterine cavity of a group of women who were undergoing IVF.

Among the women involved, 76 had an arcuate womb and 354 were part of the control group. The first suffered a total of 83 attempts at installations, compared to 378 in the second group. The success rate of the implant was 63.7% among women with an arched uterus and 65.4% among others. Also the rate of live births was similar and that of spontaneous abortion (4.8% in the first group, 4.3% in the second). It therefore appears that the arcuate uterus does not significantly affect the results of in vitro fertilization.

The major criticality of the study concerns the criteria for the diagnosis of the arcuate uterus. To date there is no single criterion, so that women with very different uteri are put in the same group. The variation rate can go from 3% up to 38%.