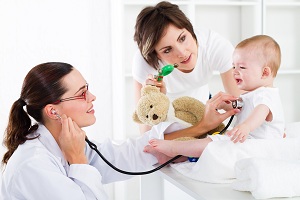 ADA-SCID is a rare genetic disease that affects the immune system. It is estimated that about 350 sick children are born every year around the world. Those who suffer are unable to defend themselves from infections, even the most harmless ones.

The disease manifests itself already in the first months of life through recurrent and aggressive infections. The children experience a sudden slowing of growth and skeletal anomalies. They often get sick and need mild infections to cause serious complications, including deafness and neurological changes. If left untreated, the disease is fatal within the first few months of life.

The ADA-SCID is caused by an abnormality of the ADA gene, which encodes the enzyme adenosine deaminase (ADA). The enzyme plays a decisive role in the maturation of lymphocytes, the cells that defend the body against infections. In order for the disease to manifest itself, the child must have inherited the diseased gene from both parents. At each pregnancy, a pair of healthy carriers have a 25% chance of generating a sick child.

If there are any reported cases of ADA-SCID in the family, prenatal diagnosis can be made. Otherwise, the diagnosis is made by clinical observation and laboratory tests.

Until a few years ago, children with ADA-SCID were forced to live in isolated rooms. The only hope was bone marrow transplantation, with all the limitations related to it. Alternatively, there is a replacement therapy based on ADA enzyme of bovine origin and not always effective. Fortunately, research is making great strides with gene therapy, available as of 2016.