How to distinguish premenstrual syndrome and pregnancy 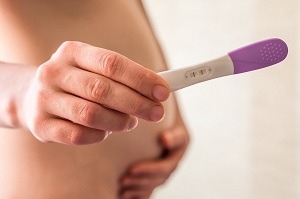 Premenstrual syndrome causes symptoms in many ways similar to those of pregnancy. Both cause humoral changes, a sore breast, cramps in the lower abdomen. It therefore happens that some women struggle to distinguish the two conditions. How does a woman understand if she is pregnant or about to have a cycle?

The common symptoms between premenstrual syndrome and pregnancy are:

Humoral changes usually disappear once menstruation begins. However, if they persist and menstruation does not arrive, it is likely that there is a gestation in progress. The presence of menstruation and the persistence of sadness could instead be a symptom of depression. If the behavioral symptoms persist for at least two weeks, it is best to contact a doctor.

Constipation is another problem related to both pregnancy and premenstrual syndrome. According to the researchers, the problem afflicts about 38% of future mothers in the first two quarters. Hormonal changes linked to the cycle can have similar effects, but they disappear when menstruation begins. Hormonal changes are also the cause of the breast pains of both conditions.

Instead, there are symptoms that occur during gestation and not during PMS. In particular, they are:

The symptom of gestation par excellence is the menstruation that they jump. Nevertheless, they are just one of the signs of a pregnancy at the beginning. The changes in the menstrual cycle can in fact be linked to too low or too high weight, stress, polycystic ovary, thyroid disorders, menopause. Likewise, morning sicknesses are a classic disorder in the first quarter but also linked to other problems.

Changes in the nipples are perhaps one of the clearest signs of pregnancy in progress. There are rarely changes in color or size before menstruation. As a result, if the areola becomes larger or dark and bleeding does not occur, conception is likely to have occurred.