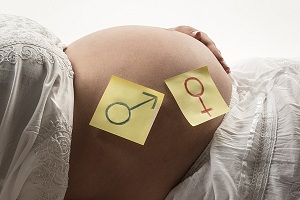 Mads Melbye's team at the Statens Serum Institute analyzed data from 2.3 million Danish women and 1.6 million Norwegian women. Researchers looked for the long-term effects of pregnancies by monitoring breast cancer cases that occurred at least 10 years after delivery. They found a link between the risk of breast cancer and the duration of pregnancy.

In women who had a gestation of 33 weeks or less, the risk of cancer was 2.4% lower. In those with a gestation of 34 weeks and more, the risk was 163.6% lower. The risk dropped by 16.9% in those who had arrived beyond the 34th week of the second gestation. Indeed, it fell by 37.7% in women to the third pregnancy. It seems therefore that carrying out many pregnancies considerably reduces the chances of getting sick.

After the 34th week of gestation there seems to be no further benefit. Likewise, there is no evidence for or against breastfeeding. In addition, study leader Melbye points out that data also takes socio-economic factors into account. Despite these, it seems clear that the number of pregnancies carried over the 34th week significantly influences the risk of cancer.

The discovery could help to better understand the hormonal and cellular changes that occur in the last week of gestation.