The placenta adapts to nutritional deficits 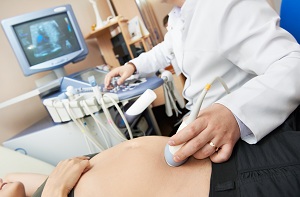 A Cambridge team has discovered that the placenta adapts to any nutritional or oxygen deficiencies. Depending on the mother's condition, she changes the nutrient and oxygen supply to the fetus.

Researchers focused on how mitochondria of the placenta change to fit the needs of mom and child. In some cases, deficiencies lead to spontaneous abortions and preterm parts. At other times, they negatively influence the child's weight at birth and undermine his health. Children who are too small are likely to die in cribs, cerebral palsy, developmental problems, obesity.

To prove their thesis, the scientists inserted groups of pregnant guinea pigs in hostile environments. Some of them remained in environments with little oxygen, similar to Peru or to other countries located at high altitude. Others have received less nutrients than necessary. In both cases, the mitochondria reacted to the environmental conditions and the change had repercussions on the fetuses. Many of these developed less than they should have, with delays in fetal development.

The study proves that mitochondria are essential for the proper functioning of the placenta. The next step will be to understand how this affects some pregnancies even under optimal conditions. In this way, one could intervene to improve the supply of oxygen and nutrients to the fetus.

Delays in fetal development have serious consequences even in the adult life of the child. They are in fact linked to cardiovascular and obesity problems. Very young children at birth may also have problems with the kidneys, livers and muscles, which have developed less during gestation.