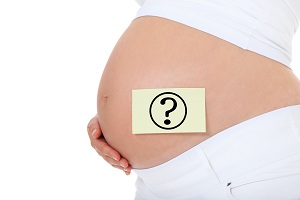 A team of researchers in the United Kingdom has studied the efficacy of genetic tests combined with normal ultrasounds. The team included scientists from the Wellcome Sanger Institute, the University of Cambridge, the University of Birmingham, the Great Ormond Street Hospital.

According to the study, fetal DNA sequencing makes it possible to identify about 10% more anomalies. Many of these would have been impossible to identify even after birth, making it more difficult to intervene in time. As a result, adding genome sequencing to traditional screening could provide a large number of benefits.

The team sequenced fetal DNA in 610 pregnancies; in all these, the fetuses had at least one anomaly evident already from the ultrasound. Thanks to the genetic test, scientists have diagnosed the presence of a genetic disease in 52 cases. Most of these fetuses had heart problems, skeletal abnormalities, multiple organ problems.

Identifying the possible presence of a genetic disease can help parents in more than one way. It allows them to investigate whether or not they are healthy carriers of the disease, so as to take the appropriate precautions in the case of a second pregnancy. It allows them to speak with specialists before the child is born, to identify the best therapies. All this is impossible without a prenatal diagnosis.

According to the authors of the study, genetic tests should become routine. At the very least, you should apply them in case of anomalies evident from the ultrasound.