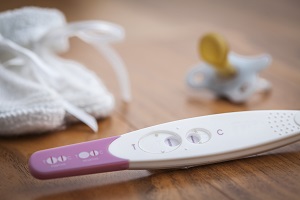 Spermatozoa produced several days before fertilization give life to healthier children. This is stated by research by the University of East Angli and Uppsala University. The scientists analyzed a group of zebrafish and compared the health status of the offspring. The discoveries made may also have implications for human in vitro fertilization techniques.

The ejaculated sperm can contain spermatozoa inside several days or more. Scientists have collected the sperm of some zebrafish and divided it into two: on the one hand they put the older sperm and the other on the newly produced sperm. At this point they fertilized eggs and compared the broods of the two groups.

The researchers monitored zebrafish for two years, checking their and offspring's health. The babies born of the old sperm were healthier and longer-lived than the brothers. In addition, their babies turned out to be healthier and longer-lived. This sheds new light on the sperm selection procedures used for in vitro fertilization. Scientists already knew that every single ejaculation can contain different types of sperm.

The gametes can have different sizes and shapes, be more or less fast and carry different genetic material. Until now, however, the age of the single spermatozoon was considered irrelevant. Wrongly, because the consequences could be very relevant to the offspring.