Do you work to lose weight put future pregnancies at risk? 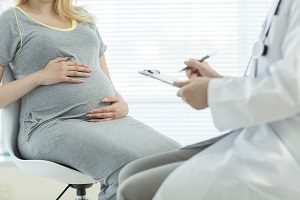 According to a study presented at the European Congress on Obesity, weight loss surgery increases the risk of complications in pregnancy. The authors of the study found a higher rate of premature births, with young children suffering from congenital anomalies.

Scientists analyzed data from over 14,800 gestations in women who had worked to lose weight. They compared them with those of almost 4 million pregnancies not influenced by this factor. The results showed a higher rate of risk for the first group, which should therefore be followed much more during the nine months and immediately thereafter. Gastric bypass is a type of operation used in case of severe obesity, to help weight loss.

However, it could hinder a successful pregnancy, with negative effects on the mother and baby. In fact, the bypass hinders the absorption of essential nutrients for the development of the child. This translates into a 57% more chance of premature birth, with 29% more congenital anomalies and a lower birth weight than the average. For the moment it is unclear how exactly surgery affects fetal development.

The data, however, are clear, so future mothers with gastric bypass need extra care. It is important that they follow an ad hoc diet, enriched with supplements in order to reduce the side effects of the operation as much as possible.