Smarter kids thanks to nuts 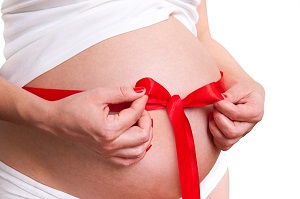 Eating nuts in pregnancy makes the child smarter. This was stated by a study by the Barcelona Institute for Global Health (ISGlobal), which found a link between dried fruit and neural development. The researchers involved over 2200 mothers with their children. During the first trimester, the women completed a questionnaire regarding daily habits and nutrition. One of the questions also concerned the amount of nuts eaten each day. After giving birth, the researchers analyzed children's development.

The children did tests at 18 months, 5 years and 8 years. They cross the data and a correlation emerged between the nuts eaten during pregnancy and the child's intelligence. Women who had eaten lots of nuts during the first trimester had children with better test results. Babies have been shown to have better memory and higher cognitive functions.

The umpteenth proof of how much nutrition during pregnancy is decisive for fetal development. Not just nuts, though. Peanuts, hazelnuts, almonds, pistachios and pine nuts have proved equally beneficial in the long run. It is probably largely due to folic acid, of which these foods are rich. Dried fruit is also rich in omega-3 and omega-6, other substances beneficial for neural tissues, particularly for the frontal areas of the brain.

This could explain why the children in question have a better memory than average. How many nuts should you eat to get these benefits? According to the study, 30 grams of dried fruit would be enough 3 times a week. We are just below the quantities recommended by nutritionists around the world.