Progesterone against bleeding in pregnancy 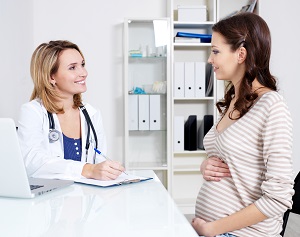 According to researchers at the University of Birmingham, progesterone could help against bleeding in the first months of gestation. Moreover, the chances of success would increase in those who have a history of spontaneous abortions behind.

The researchers involved 4,153 pregnant women with bleeding problems, average age 31 years. Early bleeding is usually linked to spontaneous abortion, which affects about one in five women. The researchers then administered progesterone to half of the women, while the other half received a placebo. In this way they tested a hypothesis that emerged during many small studies: does the hormone really reduce the risk of abortion?

The data show a modest improvement among women in the first group, especially among those who had experienced more spontaneous abortions. Compared to the control group, there was 4% more pregnancies. Out of 777 of them, 591 (76%) completed the pregnancy. Out of 738 of the control group, 534 (72%) pregnancies were completed. The role of progesterone during gestation has now been discussed for 60 years. Along with another study with about 4000 participants, this Birmingham confirms what was suspected: progesterone helps prevent spontaneous abortion.

A discovery that could help thousands of women who have lost one or more children, apparently without reason. The authors of the study hope that the discovery will help to renew the guidelines of the National Institute for Health.