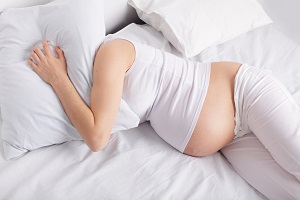 Small fainting has always been considered a pregnancy symptom in the early stages. A new study sheds new light on the phenomenon, which could be linked to health problems for the mother and the child.

Researchers from the Universities of Alberta and Calgary analyzed the birth records of 481,930 children, all born between 2005 and 2014. During the study, they also examined the medical records of mothers during and one year after birth, looking for any cases of fainting. About 1% of women had had such cases, about a third in the first trimester of pregnancy.

The cases of fainting in the first trimester were linked to a higher rate of preterm parts. A higher than average number of children was found to have heart problems and the mothers had further cases of fainting. The phenomenon also seems to be linked to a greater number of congenital anomalies, especially when there have been multiple fainting. Fainting is temporary loss of consciousness, usually caused by a drop in pressure and a lack of oxygen in the brain.

Pregnancy hormones can accelerate the heartbeat and relax the blood vessels, causing the aforementioned fainting. The phenomenon should be reported to your doctor, to increase controls and reduce the risk of any negative consequences. According to the authors of the study, fainting could indicate a greater predisposition to cardiovascular diseases. They should therefore be treated as more than an anecdotal event.