Secrets of cellular communication between mother and fetus revealed 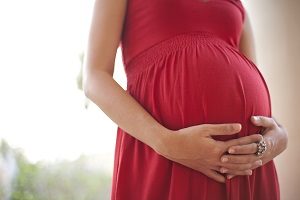 The means are bags called exosomes, which contain particular chemicals. Previous studies have already shown that fetal exosomes report to the maternal organism when all the organs are mature. In this way the mother's body can initiate labor and delivery. With the right technologies, these signals could be used to monitor the status of fetal development.

The researchers used guinea pigs with fluorescent exosomes. In this way the proteins they produced and contained in the samples were easier to detect. This allowed them to distinguish between maternal and fetal exosomes, so as to better understand the communications in place. From what has emerged, fetal exosomes are a reliable indicator of the health status of the fetus. To measure them, a sample of maternal blood is enough, which could open the door to a new generation of non-invasive prenatal tests. Furthermore, the analyzes revealed the particular functions of maternal exosomes.

Acting on the mother's exosomes could produce functional changes in the fetus. With the right drugs, it could even prevent phenomena like the preterm parts and everything that goes with it. Specific drugs could be tied to exosomes, so that the placenta can be overcome to prevent fetal inflammation. This would have a positive impact on 15 million pregnancies each year and could prevent 1 million neonatal deaths a year.