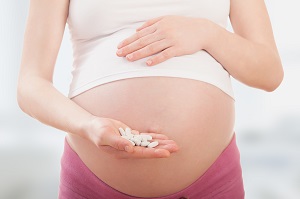 Research published in the journal Pediatric and Perinatal Epidemiology examines the effects of paracetamol in pregnancy. The researchers analyzed the behavior, memory and cognitive abilities of a group of children between 6 months and 17 years old. From what has emerged, exposure to the drug would be related to behavioral problems.

The researchers started from questionnaires and school information gathered from a study of the 1990s by Bristol's Children. The data covered approximately 14,000 children, 43% of whom were exposed to paracetamol during pregnancy. Their mothers had in fact declared that they had "sometimes" the drug, especially to alleviate minor joint pains during the nine months.

The rate of behavioral problems is also higher than the average. Yet this imbalance seems to disappear in the first years of elementary school. The study does not give clear and unambiguous answers, but raises a problem: is paracetamol really safe? Professor Jean Golding, head of the study, fears that the drug may have many more negative effects than is currently known. At present there is no evidence of a causal link between drug intake and behavioral problems. It is however worth paying attention to what is taken during pregnancy.