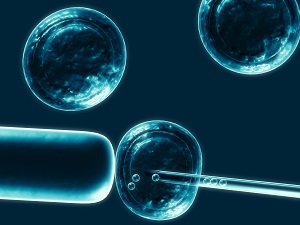 About 1 in 6 Canadian couples has fertility problems. Some of these seek the solution in in vitro fertilization, with mixed results. A study by the University of Montreal explained why some attempts fail, although there is no apparent reason.

The reason lies in a mechanism that reduces the chances of the embryo implanting and developing. Healthy cells have only one nucleus, containing DNA with all the genetic information. It happens that embryos obtained with IVF have cells with two nuclei instead of one.

The doctors call them "binucleate embryos" and, in many cases, still try to implant them in the patients' uterus. According to the study, this could lead to unintended consequences. Scientists have observed binuclear mouse embryos and it has emerged that having two nuclei can be harmful.

The presence of the double nucleus increases the chances that the embryo will develop a condition called aneuploidy. In such cases, the embryo has more or less chromosomes. Most often, it fails to develop and pregnancy ends spontaneously. When the implantation in the uterus takes place, aneuploidy causes diseases such as Down Syndrome. According to the authors, the study would give new guidelines for fertility clinics.

Selecting only embryos with cells from a nucleus would increase the chances of success, avoiding that couples should suffer unsuccessful and useless attempts.