Liver failure in pregnancy can increase the risk of obesity 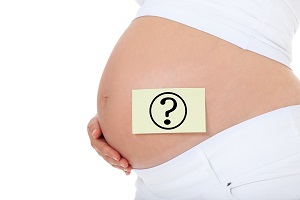 Women with problems of liver failure in pregnancy could increase the risk of obesity for their children. This is what a study presented during The Society for Endocrinology Annual Conference states. According to the researchers, the maternal condition would influence the metabolism of the fetus by altering its bacterial flora.

Pregnancy intrahepatic cholestasis is one of the most common liver problems during the nine months. The condition reduces the release of bile from the liver; bile transfers into the blood and damages liver function. All this results in pain, risk of miscarriage and preterm birth. Furthermore, children exposed to these problems are more likely to become obese. Dr. Caroline Ovadia of King's College in London analyzed the issue. The aim was to verify the possible correlation between bacterial flora, metabolism and childhood obesity.

The scientists followed a group of pregnant guinea pigs with liver failure. After giving birth, they examined the composition of the bacterial flora of the young. They have thus noticed alterations in the colonies of bacteria, as well as liver problems even in small ones. The young were fed with foods high in fat, similar to those found in the First World. These seem to have worsened their conditions further. Eating healthily is essential, always. From what emerged, it would be even more important if the mother had liver problems during gestation. The children could in fact have an already altered bacterial flora; a diet too fat would only make the situation worse.