Asthma attacks increase the risks for mom and baby 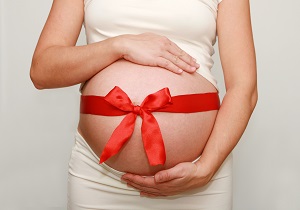 Pregnant women who suffer from asthma experience multiple complications, which also affect children. Asthma is linked to a higher rate of cases of hypertension, with a consequent increase in the chances of preeclampsia. In addition, children are more likely to be born with congenital and underweight abnormalities.

This was stated in a study conducted on over 100,000 pregnancies, published in the European Respiratory Journal. Dr. Kawsari Abdullah's team analyzed the 103,424 pregnancies of 57,524 women. All the women involved suffered from asthma and gave birth between 2003 and 2012. Of these, 2,663 women suffered from severe symptoms while pregnant, that is, they found themselves out of breath and panting.

The women in question turned to their doctors at least five times and / or at least once to the hospital. About 8-13% of pregnant women worldwide suffer from chronic asthma. Still, it is an uncontrolled disease. The study aimed to analyze the phenomenon, also taking into account any risk factors. Age, lifestyle, place of residence can in fact influence the severity of asthma and related disorders. Scientists compared the problems of women who were keeping asthma under control and those of women with severe symptoms.