Fertilization with three parents is safe 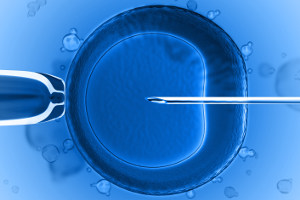 The Shoukhrat Mitalipov Group, University of Oregon, has undergone a technical test of fertilization to three parents. The center of research on gene therapy has now published the results in the journal Nature. According to the article, the technique is not only safe, but it could prevent 99% of inherited diseases from the mother.

Some genetic diseases are transmitted only through the mother. The anomalies are in fact only in the DNA of the mitochondria of the ova, the energy units of cells. A much-discussed prevention technique involves the use of an ovum donated, devoid of nucleus. The scientists inserted the DNA into the nucleus of the mother and fertilize the whole. The result is a technically son embryo of three parents, given that presents the DNA of three persons: the one of the two parents and the mitochondrial donor. For the moment the technique is legal only in the UK and led to the birth of a baby, perfectly healthy.

Article University of Oregon is the case of a group of women with mitochondrial diseases. Three of these are carriers of Leigh syndrome and the Melas syndrome. Both are diseases that affect the quality and length of life, since the first is a progressive neurological disease and the second causes seizures. The researchers used the technique of fertilization to three parents and obtained embryos with 99% of healthy DNA.

The low percentage of mitochondrial DNA found in embryonic cells proof that the technique is safe. This should lessen the doubts about its applicability and open to the doors of other countries.

The DNA analysis then becomes more and more important both from fertilization, both prenatally. With fetal DNA testing you can indeed get important information about the baby's health before birth.