Vitamin D deficiency in pregnancy and autistic disease: is there a connection? 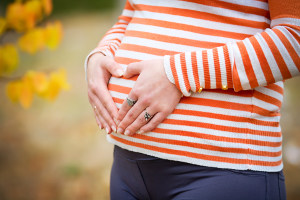 Several studies have already proven the importance of proper intake of vitamin D during pregnancy. The deficiency can lead to the development of malformations in the fetus, as well as diseases that sometimes manifest themselves only in adulthood.

An Australian study has found a link between vitamin D deficiency during pregnancy and autism. It seems that a vitamin deficiency in the first 20 weeks of gestation increases the risk of neurological damage in children.

Researchers at the Brain Institute at the University of Queensland, along with those of the Erasmus Medical Centre, analyzed the blood samples of 4200 mothers and their babies. They then separated the samples with less than 25 nmol / L of vitamin D, belonging to subjects with a deficiency of the substance. From observations it showed that a vitamin D deficiency in the mother is relatable to a higher rate of problems in neurological development. This means that, where necessary, it is advisable to take supplements that allow you to align the values ​​of vitamin D than normal.

Before this study, it was already known the role of vitamin D in the development of bones and nervous system. Beyond the diseases detectable with prenatal screening, more research they had connected the onset deficits of schizophrenia in predisposed individuals.