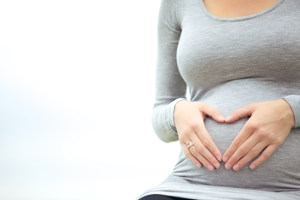 A research of the Autonomous University of Barcelona reveals that pregnancy changes not only the body, but also the head of a woman. Hormonal changes affect the brain from a physical point of view, even reducing the volume of some regions. According to the study, just then an MRI to see if a woman has had children.

The researchers subjected 25 women to magnetic resonance imaging before, during and after the first pregnancy. They then compared the results with the MRIs of 19 men just become father of 17 childless men and 20 women who had never given birth.

The analyzed men showed no change. Pregnant women have instead shown a reduction in brain regions linked to the ability to attribute mental states. This can be associated with a greater difficulty in building a representation of thoughts, feelings, and of its intentions and the others. The resonances have also expressed an increased neuronal activity, which makes pregnant women more susceptible to images of infants.

Research has documented the conditions of women in the following years at first pregnancy. It was found that the structural changes will hold for two years, which allows to recognize the magnetic resonance of a woman who has given birth. But it is not yet clear the reason for these changes.

According to the researchers, there are several possible causes for the alterations to the brain structure. A could be a reduction of synapses, or in the number of glial cells. Another explanation brings into play the amount of blood that reaches the brain. What is clear is that hormonal surges and physical changes also lead to important neuronal changes. In all likelihood, each change has the function of preparing the woman to motherhood.

To check the health of the unborn child can undergo several examinations of prenatal screening, including the fetal DNA testing.