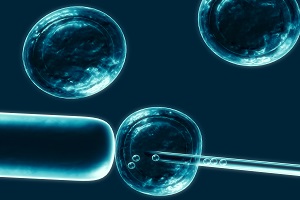 A clinical team Nurture Fertility in Nottingham have shown that in vitro fertilization is little better. In fact, the implantation of an embryo with another weaker lowers by 27% the chances that the pregnancy is successful. A very high probability, if you think that about 1 out of 4 embryo is probably too weak to develop.

Researchers have observed about 1,472 embryos implanted in women of all ages five days after fertilization. They analyzed the survival rate of embryos implanted alone, compared with those implanted with another less strong. The possibility to develop the first group were found to be far higher.

Scientists speculate that the body is concentrated weaker embryo, trying to expel him to put an end to the pregnancy. This has consequences also healthy embryo, which undergoes in turn the body's hostile environment. It would be for this reason that the embryos installations in torque would have a lower success rate of 27%, with respect to those instead implanted alone.

The team also analyzed the success rate of pairs of embryos that are both healthy. Even in these cases, it was less than that of embryos implanted individually. Researchers suspect that the body always tends to tararsi embryo with less chance of success. This process would compromise the healthiest embryo chance, even where the two embryos would have a chance to develop, if implanted alone.

The study concludes that for most adult women is best to proceed with an implant the desire, perhaps accompanying it with appropriate methods of prenatal screening