Passive smoking: better to avoid it before pregnancy 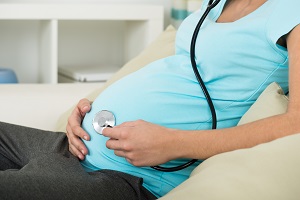 They are known to all the negative health effects of secondhand smoke. A Duke Health study, however, focuses on the impact it has on pregnant women. Exposure to secondhand smoke affect the neurological development of the fetus, although it took place before conception.

The researchers exposed the mice to the effects of secondhand smoke, before and after you conceive. They extracted the chemical components of their tobacco smoke and have administered to mice. In this way, they eliminated the stress caused by breathing smoke, which could in turn influence brain development.
The research involved three groups of guinea pigs, divided according to the exhibition period: a first group to be displayed prior to mating; a second to be exhibited in the early stages of pregnancy; third to be exhibited in the latter stages. Then the researchers observed small groups of three to adulthood.

According to the study, the chemical components in tobacco smoke have influenced fetal development in all three groups. All the little fact show damage in the regions that control learning, memory and emotional responses, to varying degrees. The most serious consequences have emerged with exposure to secondhand smoke in the later stages of pregnancy. Nevertheless, even the previous exposure to conception would influence neuronal development in a negative way.
The discovery, if confirmed, could have important consequences for public health. It would be necessary to minimize the risk of exposure to secondhand smoke in all public places.