Is there a connection between anti-acid drugs and asthma in the unborn child? 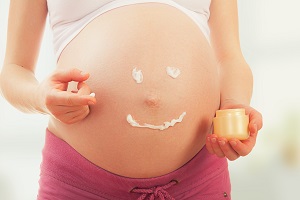 A study at the University of Edinburgh revealed a possible link between the intake of anti-acids in pregnancy and asthma in the unborn child. According to the researchers, drugs against acid reflux that many mothers assume may have unclear consequences on the child's future health. But this is a preliminary study: you will need to do further studies, so as to identify any additional factors go unnoticed.

Many expectant mothers suffer from acidity and heartburn problems, especially in the last trimester of pregnancy. The main cause of the disorder are the placental hormones that relax the esophageal muscles and make it easier to go back gastric acids. Sometimes to solve the problem just a few changes to your lifestyle, and sometimes they are necessary specific drugs. More than one doctor, however, he has advanced some doubts on the assumption pregnancy of anti-acids. It is suspected that in fact increase the chances for the child to develop allergic diseases. Researchers at the University of Edinburgh have therefore decided to investigate whether these concerns have a foundation.

The researchers analyzed the data in eight studies, involving a total of 1.3 million children. Among those exposed to anti-acids in the womb, the chances of having asthma problems during childhood would have been one-third higher. This makes it more likely a correlation between the intake of anti-acid drugs during pregnancy and asthma in the unborn child.

For the moment the data are partial. It is suspected that there is a connection between the two things, but more evidence of a true relationship of cause and effect. It is therefore good that expectant mothers continue to follow the existing guidelines. During the nine months, the mother takes care not only of itself, but also the unborn future. Prenatal screening tests such as fetal DNA tests are useful for didnt want so they can monitor the baby's development.