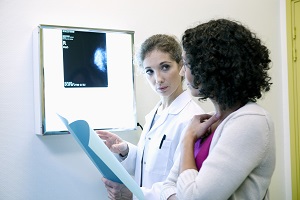 With the increase in pregnancies over 35, also increases the number of women who opt for a non-invasive prenatal testing. It is a report in the report "NIPT: market growth, future prospects, competitive analysis 2016-2022" American Credence Research Institute. According to the document, the worldwide market for prenatal screening test is constantly growing and will reach 5.5 billion dollars in 2015. The merit of the accuracy of such tests: just a drop of maternal blood to detect a wide range of genetic abnormalities of the fetus.

The next-generation sequencing, the so-called "next generation sequencing", gave a strong boost to the field of non-invasive prenatal screening. These techniques enable an analysis of fetal DNA from a few drops of the mother's blood. In this way, doctors are able to detect trisomies, duplications, translocations. Without the modern technologies, we should still make use of much more invasive techniques such as amniocentesis.

The first test is only focused on chromosomes 21, 18 and 13. Abnormalities in these chromosomes are symptoms of Down syndrome, Edwards syndrome and Patau syndrome. Scientific research and the emergence of new technologies have made it possible to screen for 19 additional genetic abnormalities, ricollegabili especially rare genetic diseases.

The non-invasive prenatal testing has been proven safe and accurate. To date they have benefited more than 1 million women worldwide, of which 58% is in the United States. But the market is also growing in Europe and Asia. As women are approaching motherhood in later ages, it becomes increasingly more advisable to make use of antenatal screening.

The new tests are designed to detect in time any genetic anomalies, most likely in older mothers. also help to safeguard the health of so many healthy fetuses, which might be damaged by more invasive techniques.