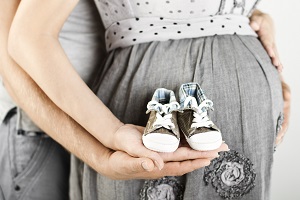 A Finnish study of the University of Helsinki reveals that it is best to avoid licorice during pregnancy. According to researchers, frequent consumption of licorice would in fact be harmful to the fetus. However, are the maximum limits still unclear.

Tests in animal models had already shown the negative effects of liquorice in pregnancy. The substance indeed inhibits the enzyme that inactivates cortisol, or the stress hormone responsible. Under normal conditions the fetus absorbs minimum quantities of the mother cortisol, which serves to correct fetal development. Licorice, however reduces the barrier effect of the placenta and the fetus absorbs quantities too high hormone. Also licorice raises levels of blood pressure and speeds time of pregnancy. All this makes the hostile mother's body to the fetus, making it harder for the proper development of the brain and other organs.

The females of the first group were higher and with a body mass index higher than peers. Many of them are also revenue before puberty. Both males and females have shown minor logical and cognitive skills, to have a low IQ, less memory and be more at risk of ADHD. More rose the amount of licorice consumed by pregnant mothers, they were more serious problems of the children. This suggests that it is good to reduce the consumption of the substance as possible in order to avoid risks to the fetus.