There isn't a link between antiepileptic drugs and fetal abnormalities 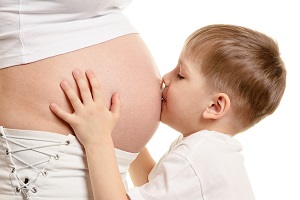 A study by the University of Arrhus belies the correlation between anti-epileptic drugs in pregnancy and fetal abnormalities. According to Danish researchers, the average level of health of children exposed to drugs in utero is identical to those of all the others. An observation that goes against previous studies, according to which the drugs against epilepsy would cause congenital malformations in the fetus.

It was a common belief that the anti-epileptic drugs, if taken during pregnancy, intaccassero brain development in fetuses. There is still lack of clarity about the actual health conditions of those who were exposed in the womb to drugs. This study, however, delves into some issues and reassures women that need to continue taking the drugs even when pregnant. Danish researchers have indeed found no correlation between treatments for epilepsy and children's health.

The researchers analyzed the data of 963,010 children born between 1997 and 2012. In 4478 pregnancies mothers had continued to take anti-epileptic drugs also pregnant. Scholars have verified how many pediatric visits was requested over the years. The analyzes did not reveal any substantial difference between the two groups, which suggests that the children's state of health is not been touched by the mother's drug treatment.

The study looked for any differences explicable to the nature of maternal disease. In fact, the treatments were explicable both cases of epilepsy, both bipolar disorder and migraine. The study showed that there was no difference between how many were suffering from epilepsy and how many had other disorders. A discovery that will be a great relief for many expectant mothers. In any case, if in doubt it is always a good idea to seek advice from your doctor and resort to any appropriate prenatal screening tests, such as fetal DNA test.