Women who are trying to conceive should not drink 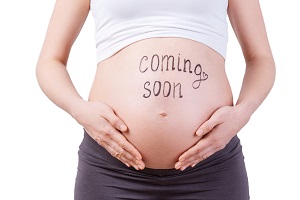 Drinking too much is bad in general, more so if you are looking for a child. A Rutgers University study reveals that it is best to avoid too drunk before conception. In fact, increase the risk for the fetus to have high levels of blood sugar and becoming diabetic as an adult.

They are well known negative effects of alcohol during pregnancy, ranging from birth defects to mental deficiency. Instead, they know little about the effects of alcohol on the female body and the possible effects of a future pregnancy. Professor Dipak Sarkar and his team have therefore conducted a study about it, using rats as test subjects. Rats, in fact, process glucose in a manner very similar to humans.

For four weeks, the researchers subjected the female rats a diet with 6.7% alcohol. They have so raised the levels of alcohol in the blood, reproducing the effect of human alcohol excesses. Later, they eliminated all the alcohol from the diet and after 3 weeks have made pregnant.

Once the females have given birth, the researchers compared the children with those never exposed rats to alcohol. The control group included a subgroup of females fed equal calories of the first group, but without alcohol. In this way the team has excluded the effects caused only by the rise in calories and fat.
Once they become adults, the rats born to females exposed to alcohol showed abnormal glucose homeostasis. This phenomenon increases the level of glucose in the blood and reduces the insulin. The rats in this group were therefore more at risk for diabetes, partly because of some inflammation of the pancreas. This means that the exposure to alcohol was found to be detrimental to the fetus even before conception.

Because this research is so important? In the US, 15% of women who drink having 18-44 years has made "binge drinking" last month. The expression indicates the uptake of large quantities of alcohol in a short time to get drunk. For a woman, this is equivalent to 2-4 cocktails in a couple of hours. The study shows that this habit could be harmful not only for the person but also for his future offspring.

During pregnancy it should therefore not take alcohol and practicing a regular exercise program. Doctors also advise pregnant women to undergo periodically to prenatal screening tests such as fetal DNA test.