Some antibiotics linked to increased miscarriage risk in pregnancy 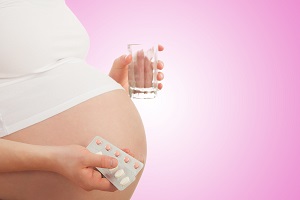 A study at the University of Montreal reveals that certain antibiotics increase the risk of spontaneous abortion. Under accusation there are macrolides, quinolones, tetracyclines, sulphonates and metronidazole. Penicillins and cephalosporins are more secure, however. Discovery could affect the updating of guidelines on how to deal with pregnancy infections. It is also another indication of how important it is to moderate the intake of antibiotics.

Dr. Muanda and colleagues analyzed pregnancy data between January 1998 and December 2009. The study is still ongoing and is affecting all women covered by Quebec's public health insurance plan. The researchers focused on patients between the ages of 15 and 45, affected by spontaneous abortion before the 20th week. For each case, they also identified 10 subjects of the same age and with the same characteristics to be used as control.

Researchers have eliminated any possible alternative risk factors, so only the influence of antibiotics can be considered. The danger of antibiotic abuse for the health of the individual and the community is already known. This study only confirms this, also revealing how pregnant women need to pay more attention. During pregnancy it is advisable to undergo routine medical check-ups: prenatal screening tests such as fetal DNA test detect any chromosomal abnormalities in the fetus.