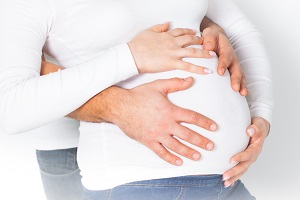 Smoking marijuana in pregnancy triples the risk of premature childbirth and child weight at birth. This is revealed by a study by the Lawson Health Research Institute, Western University and the University of Brescia. The herb joins the other two substances to avoid in pregnancy for excellence, nicotine and alcohol. All future mothers know how dangerous it is to smoke and drink alcohol during pregnancy. Nonetheless, some women use marijuana to relieve discomforts such as morning sickness.

According to the study, this habit is one of the main causes of underweight at birth. Other risk factors are chronic hypertension and amphetamines. The study analyzes underweight and / or premature babies in Canada between February 2009 and February 2014. Smaller weights weighing less than 2.5 kg and / or were born before 37 weeks of gestation. 15.6% of mothers had smoked in pregnancy, causing 6.4% of underweight births and 9.7% of premature births. The data are comparable to those reported by the Canadian Institute for Health Information between 2010 and 2011.

The Institute reported that 6.6% of Canadian infants were born underweight and 8.1% were born in advance. The Canadian study attributes to marijuana a serious impact on the health of the child, greater than the socio-economic context. Nonetheless, there is a Jamaican study that shows exactly the opposite. According to these researchers, pregnant marijuana is harmless to the fetus and will improve its future relational abilities.

The authors of the Canadian study believe however that the Jamaican study does not give enough weight to factors that might counteract the effect of marijuana. The effects of marijuana on the fetus are still unclear and further studies will be needed. It is therefore good for pregnant women to pay attention to the use of certain substances. It is also always advisable to follow a prenatal screening path, which will highlight any problems.