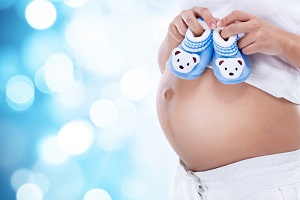 The researchers examined 555,911 pregnancies, carried by 396,828 women over the age of 12. All women lived in the Toronto area, but carried pregnancies at different times of the year. The authors of the study then measured mean temperatures within 30 days prior to screening for gestational diabetes.
The gestational diabetes rate was 4.6% in pregnancies at very low average temperatures, around -10 ° C. The rate rose to 7.7% among those exposed to temperatures around 24 ° C. The rate change Of risk also affected women who were pregnant the first time at a time and the second at another. According to the study, every 10 degrees Celsius the risk of gestational diabetes would rise by 6% -9%. The phenomenon could be related to the different types of fat developed by the human body.

New studies reveal that exposure to cold increases insulin sensitivity. The phenomenon activates the production of a protective fat, the brown adipose tissue. The difference in the type of fat developed, as well as the different insulin sensitivity, could strongly affect the onset of gestational diabetes.

Data analysis revealed that even the birthplace of the mother would affect the risk of diabetes. Women born in colder climates would be less exposed to the onset of the disease. Among those born cold and exposed to rigid climates during pregnancy, the gestational diabetes rate would be only 3.6%. Among those born in the cold and exposed to a warmer climate would be 6.3%. During pregnancy, it is advisable to undergo prenatal screening tests: exams such as fetal DNA test detect with a 99.9% confidence that chromosomal abnormalities in the fetus are present.