What are the effects of alcohol during pregnancy? 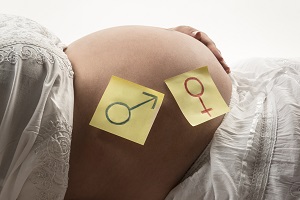 According to a Belgian-Australian study, just too little alcohol in pregnancy to alter the somatic traits of the baby. The team has discovered that an exposure also has minimal impact on the development of nose, cheeks and eyes. This is a further test of how pregnant alcohol is completely avoided.

Research was conducted by Murdoch Children's Research Institute researchers on over 400 pregnant women. The researchers analyzed maternal habit and mapped somatic traits in children. Observations have continued even after the birth of children, for about 1 year.A US CDC study of 2015 showed that 1 woman out of 10 consumes alcohol during gestation. This despite knowing that excess alcohol in pregnancy can cause physical and psychic deficits in the baby. Some of these problems are.

A US CDC study of 2015 showed that 1 woman out of 10 consumes alcohol during gestation. This despite knowing that excess alcohol in pregnancy can cause physical and psychic deficits in the baby. Some of these problems are birth weight too low, problems in learning, hearing and vision problems.

Belgian-Australian research is part of the Aqua Study, which involved more than 1,600 women to understand the consequences of alcohol in pregnancy. The study analyzed how different levels of prenatal alcohol affect somatic traits. Scientists have provided mothers with questionnaires on alcohol consumption in the 3 months prior to conception and during the first trimester. One year after childbirth, they used a 3-D facial analysis technique to map the faces of 415 children.
Researchers labeled "low consumption" less than 20 grams of alcohol per hour and less than 70 per week. They considered "moderate consumption" 21-49 grams per turn and less than 70 per week. They are labeled as "high consumption" more than 50 grams each.

According to collected data, moderate consumption of alcohol is enough to influence the child's somatic traits. The most significant consequences are with consumption during the first quarter. The anomalies are invisible to the naked eye, but still present and measurable. They mainly focus around nose, lips and eyes.