Lithium in pregnancy: is it safer than we thought? 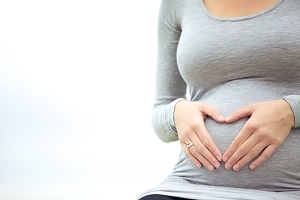 Doctors have always associated lithium in pregnancy with an increase in congenital cardiac malformations in the baby. A study by Brigham and Women's Hospital (BWH) has shown that the influence of the drug is much less significant.

Pregnancy lithium consumption has been associated with a 400-fold greater risk for the child of Ebstein's abnormality, a congenital heart malformation. It was also linked to a risk of 5 times greater heart failure during childhood if taken early in pregnancy. Nevertheless, a new study resizes these numbers. According to the authors, the risk of heart defects would be 2 cases per 100 children, versus 1 case per 100 children of the standard.

The 1979 report included data for 225 children exposed to lithium in the mother's womb. Of these, 18 had developed congenital heart defects and 6 had Ebstein's abnormality. Considerations on the dangers of lithium in pregnancy have always been based on these data. This has led many women with bipolar disorder to avoid pregnancy, or to stop drug therapy.

Studies following 1979 have always been small and suspected of conflict of interest. Those few reliable, albeit low, have however failed to show a strong correlation between lithium and Ebstein's abnormality, heart disease and congenital malformations.

The new discovery suggests that lithium use during the first trimester is associated with a 2-fold greater risk of cardiac malformations. A significant number, but far less than the one reported in the 1979 report. In addition, the risk would largely depend on the dose. This reduces the relationship between treatment benefits and risk to the fetus.

The authors of the study analyzed over 1.3 million pregnancies between 2000 and 2010. They sought a possible association between infant heart malformations and maternal lithium intake during pregnancy. They compared the data of who was exposed to lithium during the first trimester, who was not exposed and those exposed to similar drugs.