Arthritis medications are safe during pregnancy 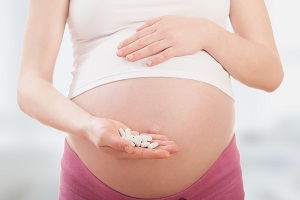 The anti-inflammatory drug against certolizumab pegol arthritis is also safe during pregnancy. In fact, it stops in front of the placental barrier and can not reach the baby. The discovery was made by a team led by Dr. Xavier Mariette of the Paris Bicêtre Hospital.

The study involved 16 pregnant women between 1st and 30th week of gestation. Women were taking 200 milligrams of certolizumab pegol every 2 weeks and 400 every 4 weeks. The reasons for pharmacology therapy ranged from rheumatoid arthritis to arthritic psoriasis, including Crohn's disease. All patients continued with therapy up to 35 days before the expected date of delivery.

Once the children were born, the researchers used microplates to analyze their blood. Physicians have sampled between the 4th and 8th week of life. In the case of 14 of them, they also managed to get a blood sample at birth. They checked if there was any evidence of the drug taken by the mothers in the children's body.

The data did not show significant levels of certolizumab pegol in 13 of the 14 samples harvested at birth. None of the samples collected in the following weeks showed traces of the drug. There were also no antibodies that would suggest a reaction to the drug. This demonstrates that the therapy does not affect the child's health as the drug clings to the placental barrier.