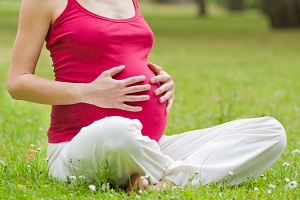 On July 24, the Centers for Disease Prevention and Control (CDC) published the new guidelines on Zika in pregnancy. The guidelines refer to the US context, where exposure to the virus is most likely.

Despite the positive news, the results are difficult to interpret. Decreased virus spread increases the likelihood of false positives and antibodies can be detected 12th weeks after infection. However, the presence or absence of antibodies does not help to understand whether the infection occurred before or during pregnancy.

The guidelines are always based on the same definition of virus exposure. An individual is exposed if traveling or living in an area affected by the contagion. A further source of risk is sexual contact with those who may have been exposed to the virus.

CDCs recommend prenatal screening for all pregnant women at risk of exposure. They also recommend reporting any signs of Zika, such as fever, conjunctivitis, and joint pain. The best thing is, however, not to travel in the affected areas and use the condom even during pregnancy.

The NAT test to detect the virus is recommended in the event of obvious symptoms in the mother or in the fetus. The routine recommendation declines if there is no symptoms in the puerpera. If there has been a possible exposure, it is up to the woman to decide whether or not to perform the tests.
The updates emphasize the importance of jointly agreed decisions by mother and doctor. The gynecologist must take into account the individual patient's situation, his / her preferences and values.