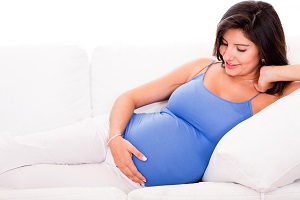 Exposure to air pollution in the first and second quarters may increase the risk of premature delivery. The researchers examined the effects of thin powders on pregnant guinea pigs. It has thus emerged that exposure in the early stages of pregnancy is even more dangerous than normal.

Previous research had suggested that pregnancies in highly polluted areas were more at risk of the average. The new study confirmed what was said earlier. The researchers have made a group of cavities live in the middle of the pollution. Instead, they place the control unit in cages with air filters.
PM2.5 thin powders resulted in a 11.4% drop in birth weight in half of the first group puppies. In addition, 83% of the airborne airborne guinea pigs gave birth early.

PM2.5 are microscopic particles that penetrate deep into the lungs. They are deposited in the lungs, where they cause inflammation and aggravate cardiac disorders already present. They are also carriers for carcinogens. In pregnant women also cause decreased placental weight and alter hormonal levels.
Professor Judith Zelikoff says that pregnant women should avoid as much as possible polluted areas. It would also be good to adopt filters for indoor environments, especially in the early months.