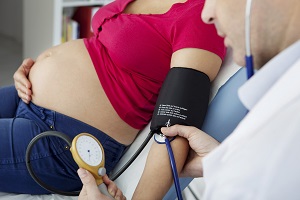 The researchers analyzed the blood of 20 patients who took inhibitors during pregnancy. They compared it to 40 patients who did not take them. Women were all in the early stages of pregnancy, between 30 and 31, coming from different ethnic groups.

Women in the first group have shown to have far fewer cells in the fetus in circulation. The phenomenon was particularly marked among those who were taking medication during the first prenatal visit. The difference between HIV-positive women and HIV-negative women was, however, not significant.
According to the authors, the phenomenon could also derive from the immune conditions of the patients. Patients as less circulating material were those with a lower viral load. Women who were not taking the drugs showed instead a higher viral load. This could have helped increase the fetal fraction and the genetic material circulating.

The study raises a problem that no one ever had: non-invasive prenatal screening tests work in combination with certain drugs? The authors have shown that some analyzes may be less effective for a whole range of people. It follows that physicians will have to change approach with certain subjects.