The effect of cannabis on pregnant women 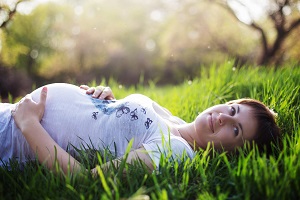 There are many discussions about using cannabis for both medical use and recreational use. A large number of studies have proven its effectiveness in the treatment of certain diseases. A 2014 study by the Hawaii Journal of Medicine and Public Health would, however, want to clear the use even during pregnancy. It would be a good idea?

According to the study, the assumption of pregnancy therapy cannabis would combat morning sickness. It could be a valid alternative to prescribed medications, at least in the most serious cases. The search for 2014 also shows a marked reduction in anxiety and other gestational discomfort.
When stressed, the brain struggles to produce some useful substances for the maintenance of psychological health. This also occurs during pregnancy, causing anxiety and depression in many future mothers. Buffalo University scientists have discovered that cannabis contains some of the substances useful for mental health. At what price, though?

Despite the many benefits of cannabis, pregnancy intake may also pose a risk to the fetus. Dr. Shayna Conner's team is conducting a study to determine the effects of prenatal exposure to cannabis. For the time being, there seems to be no correlation between use of marijuana and damage to the fetus. On the other hand, previous studies had indicated delays in development in cannabis children.

Before replacing drugs against nausea with marijuana, many studies will still be needed.