Schizophrenia: could lack of nutrients in pregnancy be a cause? 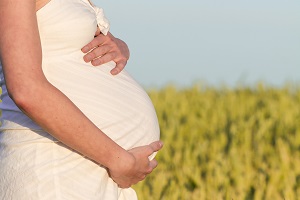 Researchers at the RIKEN Research Institute have discovered a new link between pregnancy and psychiatric illnesses. Pregnancy deficiency of omega 3 and omega 6 facilitates the appearance of schizophrenia in adulthood. The consequences are even more serious if deprivation concerns the early stages of gestation.

Dr. Takeo Yoshikawa's study analyzed how malnutrition in pregnant women affects the development of the fetal brain. The data show that after great famine the rate of schizophrenia doubles. This made it possible to think of a direct link between lack of nutrients and abnormal brain development.
Scientists have made a list of possible nutrients whose deficiency could cause schizophrenia. After several analyzes they concentrated on omega 3 and omega 6, two fatty acids present in large quantities in the brain. They have deprived some pregnant mice of the two nutrients and have followed the development of their little ones. Once adults, many puppies showed similar symptoms to schizophrenia.

One of the main features of schizophrenia is the presence of dysfunctions in the prefrontal cortex. The team analyzed whether deprivation of the two fatty acids had affected the genes linked to that area. They have thus discovered anomalies that have been linked to the disease in the past. In addition, they detected dysfunctions in the genes regulating GABA neurotransmitters.

Locating genes affected by omega 3 and omega 6 deficits, scientists have studied how to reverse the process. They administered a drug that acts as a nuclear RXR receptor. Therapy has regulated the action of the affected genes and has normalized many cavity behaviors.