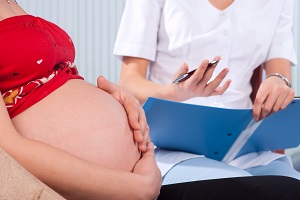 Psychiatric disorders in pregnancy are not associated with complications for either the mother or the fetus. Whether it is panic attacks, generalized anxiety, and major depression episodes, the fetus is safe. However, the study found a correlation between drug use and negative consequences. The result is in contradiction with other studies, which instead say the opposite.

Professor Kimberly Ann Yonkers's team, author of the study, analyzed the data of 2,654 women. The women were between the first and the 17th week of gestation and suffered from various kinds of psychiatric illnesses. Doctors interviewed participants at the beginning, around the 28th week and 8 weeks after giving birth.

They have shown that those who used benzopyridine were more at risk of premature delivery. Serotonin reuptake inhibitors, on the other hand, have been associated with maternal hypertension and respiratory difficulties in neonates.

Many perceive psychiatric pharmacological treatments as something optional. In most cases, this is not the case. Some disorders are so debilitating to prevent pregnancy. It is good news that the disorder itself is not harmful to the fetus, but the women who suffer from it still have the right to be cured.
According to the authors of the study, the solution to be taken is the same as in cases of diabetes or epilepsy. The physician should evaluate the benefits and possible damages resulting from drug intake. Only in this way is it possible to understand whether it is best to stop the treatment or move on.