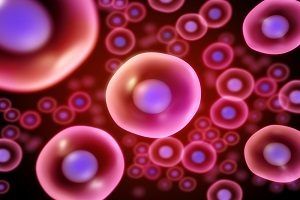 Already 13 years ago, Professor Jonathan Tilly discovered that mammalian females produce new eggs every day. The discovery was in open contradiction with the common belief that the number of eggs would be fixed by birth. Now Tilly and her team have tried the theory: females - and women - have stem cells specializing in egg production.

Jonathan Tilly described stem cells that support the production of new ovules in 2012. The new study condenses eight years of research and describes three different experiments, confirming what has already been said. Researchers have isolated stem cells from the ovarian tissue of some cavities. They have thus monitored the transit of cells and their role in conception.

To test the importance of egg-producing stem cells, they used the suicide gene. The technology allows you to turn off and reactivate the control cells. In this way, the researchers could turn off and restart the stem, testing the effects on the ovaries.

Each female mouse has about 1,000 to 2,000 eggs. The study reveals that every female produces 60-70 eggs a day, but production slows down and stops as the subject ages. At some point the ovaries continue to work, but they have no more eggs.

Ovules from adenoid stem cells from stem cells were functioning. By fertilizing them, the researchers have obtained healthy puppies and can conceive in their own right. Then adjusting ovarian stem cells could facilitate conception and perhaps delay menopause. This latter goal has already been achieved in the lab on some cavities.

The stop of menopause would have beneficial effects that would far be far from being conceived. It would be a way to prevent the problems associated with this phase of aging. Mice treated for not having menopause had less bone problems and gained cognitive benefits.