Can mosaic embryos be used for IVF? 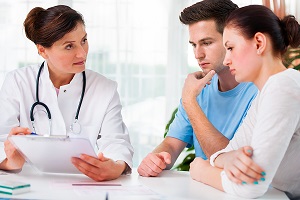 Not all embryos contain 46 perfect chromosomes. Some have fewer and others have more, which causes a number of genetic abnormalities. About 80% of human embryos present these anomalies, which prevent their implantation and subsequent development. Other embryos, however, present the anomaly only in part of the cells and are called mosaic embryos.

What happens if IVF (in vitro fertilization) only produces embryos of this type? Scientists usually discard mosaic embryos during IVF. However, some couples can only produce these embryos, which causes the cycle to almost fail.

Researchers at the Oregon National Primate Research Center examined the development of mosaic embryos in primates. In particular, they tried to understand if they were able to develop into healthy children. The team identified a relationship between mosaicism, cell fragmentation and exclusion of blastomeres. Blastomers are large cells formed by the division of the fertilized oocyte.

Sometimes they break into smaller pieces, called cell fragments. When this happens, blastomeres collect cells with genetic abnormalities and separate them from the rest of the embryo. As a result, the embryo may respond well to the plant and develop normally.