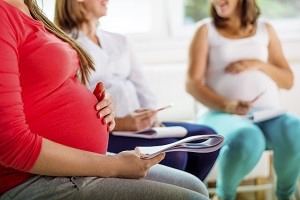 Extending non-invasive prenatal screening to all 24 chromosomes would help and expose new genetic disorders. It could also explain cases of spontaneous abortion and anomalies during pregnancy. The National Institutes of Health (NIH) researchers say.

Typical genetic testing focuses on chromosomes 21, 18 and 13 to detect Down's syndrome and the most common trisomies. They rarely analyze all 24 human chromosomes. Yet doing so would increase the accuracy of the tests and explain why some of the very few false positives.

Dr. Diana W. Bianchi's team analyzed all the chromosomes of 90,000 maternal plasma samples. Of these 72,972 came from the United States and 16,885 from Australia. For each of them, researchers have calculated a normalized index of chromosome quality. The index measured the probability that the sample contained the two standard copies of each chromosome. Under the age of 50, the researchers proceeded with further analysis.

The team identified 328 US samples and 71 Australian abnormal samples, of which 60 were rare trisomies. Thanks to the full analysis, researchers found cases of trisomy 7, 15, 16 and 22. Some of these were related to difficulties in gestation and spontaneous abortion. In some cases, researchers also reported abnormal cellular placenta levels related to malformations.