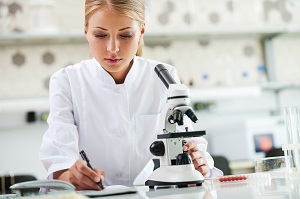 Gulf War Syndrome is a set of serious illnesses that afflict those who fought during the Gulf War. It includes a wide range of pathologies, with very different symptoms. These include tiredness, headache, joint pain, difficulty digesting, insomnia, memory problems. It is estimated that almost 1 veteran out of 4 suffers.

The diagnosis of Gulf War syndrome occurs when the symptoms occur for 6 months or more. You also need to have a 10% or greater disability. Smoky criteria due to the poor knowledge of this set of disorders.

It is thought that the syndrome is caused by exposure to toxic chemicals. The theory is supported by a series of clinical trials. In one of these, doctors administered high doses of Coenzyme Q. Nearly 80% of subjects showed a marked improvement in most of the symptoms. Improvement was accompanied by an increase in mitochondrial activity.

Gulf War syndrome is likely to be linked to mitochondrial malfunction. Some hypothesize that there may also be genetic predisposition. According to these doctors, in some subjects the cellular detoxification process would be slower. This would facilitate the accumulation of toxic substances over time.

The treatment of Gulf War syndrome is largely symptomatic, although some studies aim to strike the deep causes. Cognitive-behavioral therapy has also proven to be helpful, to help soldiers recover part of their psychological equilibrium. However, some researchers have focused on intranasal insulin to reduce neural inflammation. This type of inflammation is in fact related to exposure to chemicals.