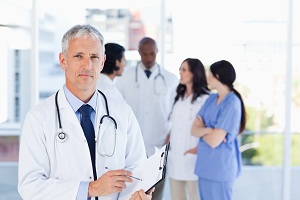 Charcot-Marie-Tooth disease (CMT) is a disease of the peripheral nervous system. The most characteristic signs are weakness and atrophy of the muscles, as well as reduced sensitivity. Generally the first symptoms start from the feet, to spread upwards. Most cases occur before the age of 20 and there are different forms, which can be more or less disabling.

It is estimated that the disease affects 1 in 2,500 people. To date, over 40 genes related to the disease have been identified, but they are likely to be many more. Most forms can be transmitted in an autosomal dominant manner: an altered copy of the gene is enough to show the disease. In other forms, however, it is necessary to inherit genes altered by both parents. Still others are linked to the X chromosome, for which women are affected by a mild form and men by a more severe form.

The diagnosis of CMT is made by clinical observation, electromyographic examination and nerve biopsy. Genetic analysis, which allows early diagnosis, is also taking on an increasingly important role.

For the time being there are no definitive medical treatments for Charcot-Marie-Tooth disease. There are a number of ongoing clinical trials to evaluate the efficacy of ascorbic acid in the most common forms. Unfortunately, the results are not encouraging. On the other hand, other substances seem much more promising and they are analyzing the effects on animals. Also, in some cases surgery and physiotherapy help.